Authorities are investigating a series of dog attacks in a Sausalito neighborhood. https://cbsloc.al/37B43JR 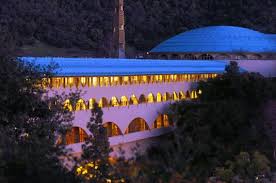 Two subcontractors with Webb Construction were bitten by a pair of dogs on Jan. 21 on Currey Lane. The first victim drove himself to a hospital. The other man was transported by ambulance by Southern Marin Fire Protection District paramedics, police Chief John Rohrbacher said.

“There were actually three victims,” Rohrbacher said. “Two were mauled, viciously attacked and bitten and one man was chased onto the bed of his truck to escape being bitten by these two dogs.”

Cindy Machado of Marin Humane said the incident seems to meet the definition of a potentially dangerous animal case. The owner of the dogs is aware of the incident and is cooperating with the investigation.

Machado said she cannot confirm the owner’s name, citing the pending investigation. Attempts to reach the owner were unsuccessful.

“Sometimes they are co-owned or sometimes they are under someone else’s care,” she said. “While these dogs appear to belong to the person at the address mentioned, we are still unraveling the details.”

The two workers have recovered from their injuries, and the case has been forwarded to the district attorney’s office for review, Rohrbacher said.

A hearing is expected to be held in the next two weeks. Sausalito Mayor Susan Cleveland-Knowles said the community will be informed about the date through the city’s email list.

The same dogs, described as pit bull mixes, were involved in a dog biting incident in 2016, which occurred at the same location and will be taken into account during the potentially vicious animal hearing, Machado said.

Dennis Webb, owner of Webb Construction, said the dogs caused severe injuries to his workers and have traumatized the community.

“We need a vicious dog unit type thing where one person can track it and take care of this,” he said.

Resident Bob Stafford said even though the dogs are contained in the home, it does not prevent them from escaping and attacking. He said he does not understand why Marin Humane cannot seize the animals.

The agency, which acts as the county’s animal control unit, cannot seize an animal from private property without a warrant or legal documentation unless the animals are out on the street, Machado said.

“It’s a rarity to have a dog removed from inside property,” she said. “I can’t tell you when the last one happened, it’s been decades.”

Currey Lane resident Kay Moore said she is not surprised to hear of another reported attack. She said she was mauled by the same dogs four years ago.

“I retreated, but before I could pick up my dog they were on top of me,” Moore said. “They smashed me down to the cement, bit my arm and they took my dog Poppy by the neck and wouldn’t release her.

“I was so traumatized. My arm was bleeding and they finally ripped through Poppy’s halter and let her go and honestly to this day I suffer from PTSD.”

Rohrbacher said he acknowledges the community’s frustration, but said there is a legal process to follow.

“I know people are very concerned and would like us to go and take those dogs and do something with them, but we are clearly not equipped to do that,” he said, referring to the police department. “We have no kennels and nobody to do that. That’s why we contract (Marin Humane).”