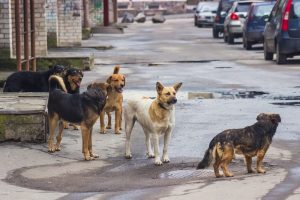 Cassville officials budget for catch equipment, plan to use existing facility. After months of pleas, led by Cassville resident Nadean Davis, the city of Cassville gave an answer as to what they plan to do to curb loose and aggressive dogs within city limits.

Option one was to stay the course, with no action taken. Fiscally, this would be $0 for start-up and carry annual reoccurring costs of up to $250.

Option two was to develop a more complete animal control program with a leash law, pet registration, a new facility, an animal control vehicle and a dedicated animal control officer. Estimated costs were $200,000 at start-up and annual costs of about $75,000.

The third option was a hybrid solution, wherein the city will make a concerted effort to enforce the existing ordinances without a leash law or pet registration.

“After looking at everything and discussing it at the budget meeting, it appears option three is the best,” Shiveley said. “Our ordinance already states dogs cannot run free and must have a collar and tag. We are committed to public safety, and we are also committed to spending the city’s tax dollars responsibly.”

Shiveley said the city has bought a special dog trailer to move animals, at a cost of $2,500, and an additional $5,000 is budgeted in 2020 to purchase equipment like heavy duty catch poles, dart guns and other safety equipment. Shiveley also said the city will use its existing animal housing facility, which can hold up to four animals at a time.

“We will use the current holding facility and try to locate the owners,” he said. “If we are at capacity, we will relocate to the Haven [of the Ozarks Animal Shelter] because we have an agreement with them, but they do not take vicious dogs and they do not euthanize, and they have to have room. We also have a resolution to contract with the Joplin Humane Society for transport ofd animals there, and retrieving the animal will be the owner’s responsibility.”