David Fear, 64-years old, was viciously attacked by a police officer’s “personal” dogs after they escaped their owner’s property. Fear died in the hospital four days after the attack. 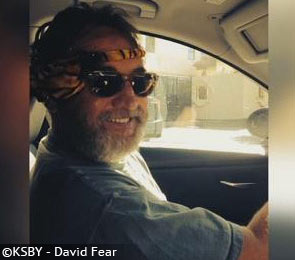 The main attacker, a Belgian malinois, first attacked his neighbor, 85-year old Betty Long. Fear intervened to save her life and suffered critical dog bite injuries, including two arteries in his arms being severed, contributing to him losing six pints of blood. Long suffered dog bite injuries and multiple broken bones from falling.
Fear died of his injuries three days later. The city of Grover Beach refused to release the officer’s name for nine days. On January 4, 2017, The Tribune published an exclusive article, detailing officer Alex Geiger’s previous employment and that his malinois was a trained police K-9. The dog was dual-certified in narcotics detection and patrol work — obedience, search, apprehension and handler protection (bite work).
Geiger was the dog’s handler and part of the city of Exeter’s K-9 unit from September 2015 to August 2016. Geiger began working for Grover Beach, which has no K-9 unit, one month later. As of January 8, 2017, no charges have been filed.