I want to take this time to recognize postal workers from across the country for their hard work and dedication.

While delivering mail through rain, sleet, hail, and even snow they are determined to make sure we have our mail delivered daily. 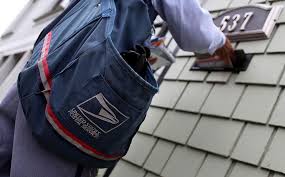 Also, on the things postal workers have to deal with are dog attacks and they do happen often as the United States Postal Service has released information on dog attacks on their mail carriers.

During the week of Sunday, (June 14), through Saturday, (June 20) is recognized as National Dog Bite Awareness Week and they released information on dog attacks on their mail carriers and the numbers are quite interesting.

The study conducted revealed that the number of employees who have been bitten by dogs in 2019 are 5,302.

The top five cities where dog attacks occurred in 2019 are as followed and three of them are in the state of Texas.

California (777 bites)
Texas (491 bites)
Ohio (378 bites)
Illinois (323 bites)
New York (320 bites)
Dog owners to ensure your postal worker is protected from a potential dog attack make sure you place your dog in a separate room and close that door before opening the front door.

Also, if the mail carrier feels your dog is a threat, or isn’t on a leash or loose don’t be surprised if they ask you to pick up your mail at the post office until your pet is restrained.

Let’s all work together to make sure our mail carrier and pets are safe..