SPRING HILL, Fla. – An elderly woman was attacked by a pack of dogs while out walking her own dog this afternoon, deputies in Hernando County say. 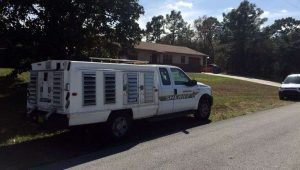 Deputies were called to the area of Upton Street between Lamson Avenue and Woodbine Street around 12:10 p.m. That’s where they found the elderly victim who had been attacked by multiple dogs.

The woman was injured badly enough to be flown to the hospital in critical condition.
Two neighbors who jumped in to help the woman were also hospitalized; three others received minor injuries.