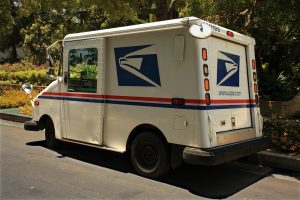 INTERLACHEN, Fla. – Five dogs mauled and killed a mail carrier for the U.S. Postal Service after her truck broke down along a road in north Florida, officials said.
Putnam County Sheriff’s deputies found the 61-year-old woman on the ground when they arrived at the scene in Interlachen Lake Estates on Sunday afternoon, sheriff’s officials said in a Facebook post. They also found the dogs inside a fence at a nearby residence.

A nearby resident told deputies they heard the woman screaming for help and saw five dogs attacking her. Several neighbors tried pulling the dogs off the woman and one shot a gun into the air to scare the dogs away, the report said.
Deputies started first aid on the woman, who was severely bleeding. They applied tourniquets until a rescue unit arrived and took the woman to a hospital, officials said.
The woman was then flown to a trauma center in Gainesville, where she was in critical condition on Monday. She later died, sheriff’s officials said.
“We are saddened to announce the passing of the 61-year-old postal worker attacked by dogs Sunday in Interlachen. If inclined, please pray for her family and friends during their time of grief,” a Facebook post Tuesday from the Putnam County Sheriff’s Office said.
The county’s animal control unit took custody of the dogs.
An investigation is continuing.

Putnam County Sheriff’s Office Chief Deputy Colonel Joe Wells said it wasn’t the first time animal control has been called to the area where the attack took place. He said the five dogs that attacked Rock will be euthanized, and depending on the evidence, the owners could face charges.